Wolf Among Wolves is a sprawling saga of the collapse of a culture–its economy and government–and the common man’s struggle to survive it all. Set in Weimar Germany soon after Germany’s catastrophic loss of World War I, the story follows a young gambler who loses all in Berlin, then flees the chaotic city, where worthless money and shortages are causing pandemonium. Once in the countryside, however, he finds a defeated German army that has deamped there to foment insurrection. Somehow, amidst it all, he finds romance–it’s The Year of Living Dangerously in a European setting.

Fast-moving as a thriller, fascinating as the best historical fiction, and with lyrical prose that packs a powerful emotional punch, Wolf Among Wolves is the equal of Fallada’s acclaimed Every Man Dies Alone as an immensely absorbing work of important literature.

Be the first to review “Wolf Among Wolves” Cancel reply 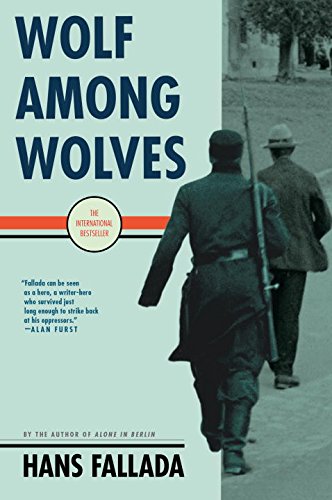 You're viewing: Wolf Among Wolves
Buy from Amazon