Based on the remarkable true story of Irish convict John Graham, WHITE SPIRIT is an epic historical adventure set in 19th Century Australia.

After escaping from the notorious Moreton Bay Penal Settlement, Graham finds refuge with the Kabi, a tribe of Aborigines who eventually accept him as one of their own.

Attempts to recapture Graham are orchestrated by a variety of contrasting characters working for the all-pervasive British Empire. They include Moreton Bay’s tyrannical, opium-addicted commandant Lord Cheetham, the dashing yet warlike Lieutenant Hogan, native tracker Barega and the penal settlement’s captain, Tom Marsden.

Marsden’s young daughter Helen, a progressive lady ahead of her time who is both an egalitarian and a feminist, boldly inserts herself into the clash between the Irish convict, her father and Moreton Bay’s other iron-fisted rulers. Helen complicates things further when she finds herself in a Pride and Prejudice-style love triangle with men on opposite sides of the conflict.

When Scottish woman Eliza Fraser is found shipwrecked and close to death in Kabi territory, Graham and his legion of pursuers, as well as the Irishman’s adopted Aboriginal family, are all forced to navigate a multi-faceted rescue mission. The precarious rendezvous is made all the more dangerous by Helen Marsden’s ethically-driven meddling that often outwits the men involved.

WHITE SPIRIT is not only based on arguably the great Australian (true) story, a sweeping tale that encapsulates all the nuances of the southern continent’s unique history, it also provides readers with detailed insights into the tribal life of First Australian (Aboriginal) peoples. 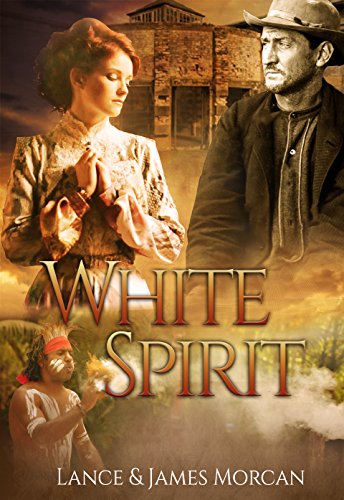 You're viewing: White Spirit
Rated 4.5 out of 5
Buy from Amazon