Since relations between the U.S. and Vietnam have normalized, many more people are traveling to this exotic country, previously closed to a generation of Western visitors. Vietnam provides one of the first chances for Americans to know the Vietnamese outside the context of war.

Vietnamese have been telling stories for thousands of years, in poetry and in song, in Chinese script and then in Vietnamese nom, and more recently, in novels and short stories.

These 17 stories, from contemporary Vietnamese writers living in Vietnam and abroad, take the literary traveler to extraordinary places: from the jungle-clad mountain ranges of the North to the mysterious silence of the old capital along the Perfume River. Proximity of the spirit world, love of family, exhaustion from war, one’s Confucian, Taoist, and Buddhist obligations, social protest, and the hunger for a better life – these are some of the concerns to be encountered in these thrilling landscapes.

Be the first to review “Vietnam: A Traveler’s Literary Companion” Cancel reply 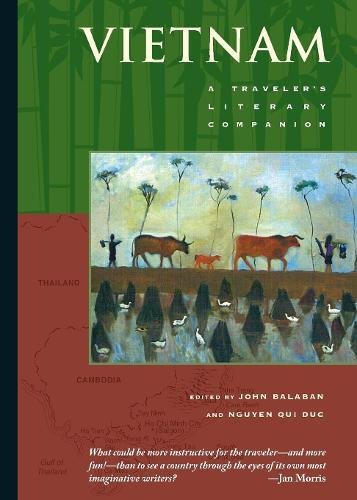 You're viewing: Vietnam: A Traveler’s Literary Companion
Buy from Amazon