This monumental narrative clarifies, analyzes, and demystifies the tragic ordeal of the Vietnam war. Free of ideological bias, profound in its understanding, and compassionate in its human portrayal, it is filled with fresh revelations drawn from secret documents and from exclusive interviews with participants (French, American, Vietnamese, Chinese): diplomats, military commanders, high government officials, journalists, nurses, workers, and soldiers.

Originally published a companion to the Emmy-winning PBS series, Karnow’s defining book is a precursor to Ken Burns’s ten-part documentary series, The Vietnam War. Vietnam: A History puts events and decisions into such sharp focus that we come to understand – and make peace with – a convulsive epoch of our recent history.

“This is history writing at its best.” Chicago Sun-Times

“Even those of us who think we know something about it will read with fascination.” The New York Times

Be the first to review “Vietnam: A History” Cancel reply 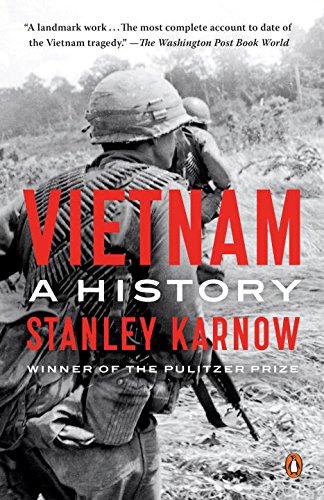 You're viewing: Vietnam: A History
Buy from Amazon