Set in the German-occupied city of Prague during the twilight of World War II, The Widow Killer is an extraordinary achievement by a literary artist of the first rank.

The novel opens jarringly with the gruesome murder of the baroness of Pomerania, the widow of a German Wehrmacht general, by a perverted serial killer. The coroner’s report determines that the victim did not resist and was not raped. Mysteriously, her heart was removed and vanished with the killer.

So begins this savage morality tale in which good and evil collide against a backdrop of political turmoil. The unlikely pair of Jan Morava, a rookie Czech detective, and Erwin Buback, a Gestapo agent who is questioning his loyalty to the Nazis, set out to track down the sadistic killer before he can strike again. But as Morava and Buback follow the killer’s bloody trail through Prague, it becomes clear that he is not a political radical or a wartime dissident but a tormented psychopath. In the downward spiral of the Third Reich’s final days, both officers must tirelessly search for a sinister murderer while grappling with their own emotional demons.

As the war proceeds to its gruesome end, the narrative sinuously shifts perspectives, taking us deep into the emotional maelstrom of each of the characters: young Morava, struggling to find love and approval in a war-torn city; the disillusioned Buback, haunted by the ghosts of his beloved wife and daughter; and the tormented killer, sent on a bloody rampage to please “her whom be obeys.”

Weaving a delicate tale of human struggle under a thrilling murder, Pavel Kohout has created a memorable work of fiction that will rank as one the last important novels from one the war’s direct eyewitnesses.

Be the first to review “The Widow Killer” Cancel reply 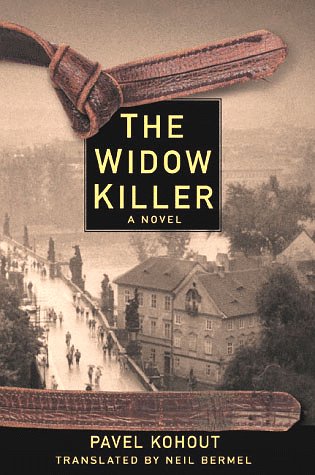 You're viewing: The Widow Killer
Buy from Amazon