The Way We Die Now

When Miami Homicide Detective Hoke Moseley receives an unexplained order to let his beard grow, he doesn’t think much about it. He has too much going on at home, especially with a man he helped convict ten years before moving in across the street. Hoke immediately assumes the worst, and considering he has his former partner, who happens to be nursing a newborn, and his two teenage daughters living with him, he doesn’t like the situation on bit. It doesn’t help matters when he is suddenly assigned to work undercover, miles away, outside of his jurisdiction and without his badge, his gun, or his teeth. Soon, he is impersonating a drifter and tring to infiltrate a farm operation suspected of murdering migrant workers. But when he gets there for his job interview, the last thing he is offered is work.

In this final installment of the highly acclaimed Hoke Moseley novels, Charles Willeford’s brilliance and expertise show on every page. Equally funny, thrilling, and disturbing, The Way We Die Now is a triumphant finish to one of the most original detective series of all time.

“If you are looking for a master’s insight into the humid decadence of South Florida and its polyglot tribes, nobody does that as well as Mr. Willeford.” The New York Times 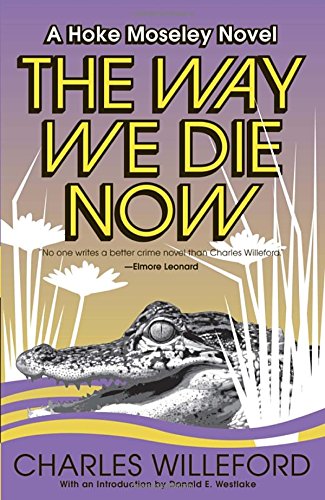 You're viewing: The Way We Die Now
Buy from Amazon