For almost 300 years, from the 8th to the 11th centuries, the Vikings played an important and often decisive role in shaping the history of large parts of Europe. Their long ships took them from Scandinavia to conquer England, exploit the Franklin Empire, rule Normandy, trade in Russia, colonize Iceland, discover Greenland and America and much else.

At the same time the three Scandinavian kingdoms of Denmark, Norway and Sweden started to take form. Towns were founded, far-flung trade routes were organized, art and poetry flourished and Christianity was introduced. This book covers the contributions of the many disciplines involved in modern Viking studies, giving a full survey of the Viking’s achievements abroad.

It also investigates the background which made it all possible and presents a picture of a strong, self-contained and fast developing society and culture. It discusses the sources of our knowledge, and those of the popular Viking myth.

Be the first to review “The Vikings” Cancel reply 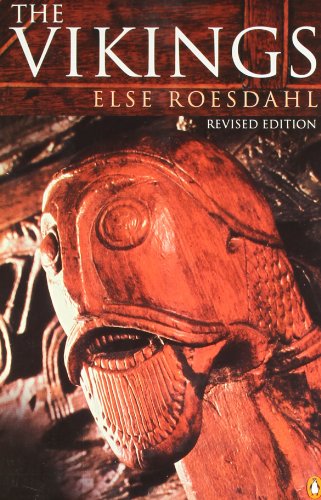 You're viewing: The Vikings
Buy from Amazon