The Spanish Holocaust: Inquisition and Extermination in Twentieth-Century Spain

Long neglected by European historians, the unspeakable atrocities of Franco’s Spain are finally brought to tragic light in this definitive work.

Evoking such classics as Anne Applebaum’s Gulag and Robert Conquest’s The Great Terror, The Spanish Holocaust sheds light on one of the darkest and most unexamined eras of modern European history. As Spain finally reclaims its historical memory, a full picture can now be drawn of the atrocities of Franco’s Spain-from torture and judicial murders to the abuse of women and children.

Paul Preston provides an unforgettable account of the systematic terror carried out by Spain’s fascist government. 16 pages of illustrations

Be the first to review “The Spanish Holocaust: Inquisition and Extermination in Twentieth-Century Spain” Cancel reply 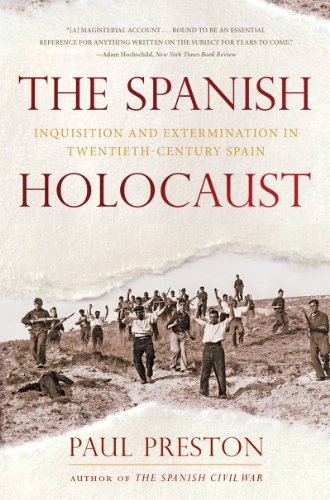 You're viewing: The Spanish Holocaust: Inquisition and Extermination in Twentieth-Century Spain
Buy from Amazon