“A beautiful and elegant account of an ordinary man’s unexpected and reluctant descent into heroism during the second world war.” –Malcolm Gladwell

A thrilling debut novel of World War II Paris, from an author who’s been called “an up and coming Ken Follett.” (Booklist)

In 1942 Paris, gifted architect Lucien Bernard accepts a commission that will bring him a great deal of money – and maybe get him killed. But if he’s clever enough, he’ll avoid any trouble. All he has to do is design a secret hiding place for a wealthy Jewish man, a space so invisible that even the most determined German officer won’t find it. He sorely needs the money, and outwitting the Nazis who have occupied his beloved city is a challenge he can’t resist.

But when one of his hiding spaces fails horribly, and the problem of where to hide a Jew becomes terribly personal, Lucien can no longer ignore what’s at stake. The Paris Architect asks us to consider what we owe each other, and just how far we’ll go to make things right.

Written by an architect whose knowledge imbues every page, this story becomes more gripping with every soul hidden and every life saved.

Be the first to review “The Paris Architect” Cancel reply 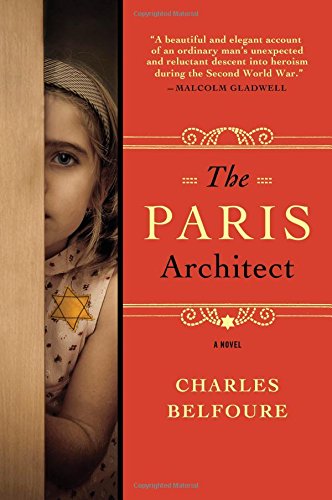 You're viewing: The Paris Architect
Buy from Amazon