In the final days of a falling Saigon, The Lotus Eaters unfolds the story of three remarkable photographers brought together under the impossible umbrella of war: Helen Adams, a once-na?ve ing?nue whose ambition conflicts with her desire over the course of the fighting; Linh, the mysterious Vietnamese man who loves her, but is torn between conflicting loyalties to his homeland and his heart; and Sam Darrow, a man addicted to the narcotic of violence, to his intoxicating affair with Helen and to the ever-increasing danger of his job. All three become transformed by the conflict they have risked everything to record.

In this much-heralded debut, Tatjana Soli creates a searing portrait of three souls trapped by their impossible passions, contrasting the wrenching horror of combat and the treachery of obsession with the redemptive power of love.

Be the first to review “The Lotus Eaters” Cancel reply 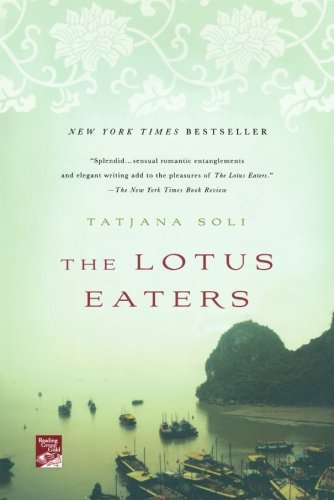 You're viewing: The Lotus Eaters
Buy from Amazon