At the Hotel Swiss-Touring, both the guests and the staff get tangled in intrigues and veiled confessions

“If you knew what happens in the hotel every day!” Madame Bonnard, the eccentric and inquisitive owner of the Hotel Swiss-Touring-a third-rate Swiss hotel-knows her guests’ many secrets, things they wouldn’t tell their friends, family, or lawyers. They come from all over Europe in the wake of World War II, seeking refuge from their countries or their own bruised hearts. Madame Bonnard reigns over “Mayor of B” from Belgium, two guests posing as cousins, a doctor’s wife who is certain her husband is trying to slowly poison her, and Clara, a power-hungry staff member.

Based on Stead’s experiences living in European hotels, The Little Hotel is a captivating portrait of what happens when strangers-and their desires, lies, and fears-live in close quarters.

“While the fiction of James Joyce or D. H. Lawrence tended to become all the more deeply steeped in their Irishness or Englishness the farther from home they went, Stead used her mimic’s ability to immerse herself in whatever place she happened to be.” The New York Times

Be the first to review “The Little Hotel” Cancel reply 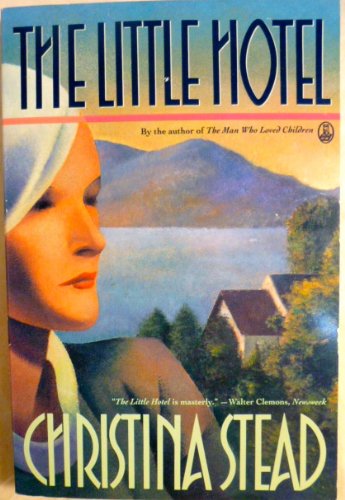 You're viewing: The Little Hotel
Buy from Amazon