When Mario Puzo’s blockbuster saga, The Godfather, was first published in 1969, critics hailed it as one of the greatest novels of our time, and “big, turbulent, highly entertaining.”

Since then, The Godfather has gone on to become a part of America’s national culture, as well as a trilogy of landmark motion pictures.

From the lavish opening scene where Don Corleone entertains guests and conducts business at his daughter’s wedding…to his son, Michael, who takes his father’s place to fight for his family…to the bloody climax where all family business is finished, The Godfather is an epic story of family, loyalty, and how “men of honor” live in their own world, and die by their own laws.

Be the first to review “The Godfather” Cancel reply 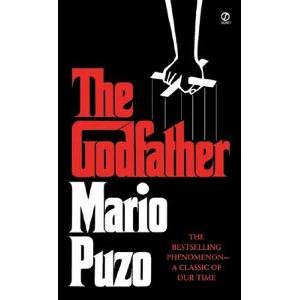 You're viewing: The Godfather
Buy from Amazon