The Girl in the Picture

The Story of Kim Phuc, the Photograph, and the Vietnam War

On June 8, 1972, nine-year-old Kim Phuc, severely burned by napalm, ran from her blazing village in South Vietnam and into the eye of history. Her photograph-one of the most unforgettable images of the twentieth century-was seen around the world and helped turn public opinion against the Vietnam War.

This book is the story of how that photograph came to be-and the story of what happened to that girl after the camera shutter closed. Award-winning biographer Denise Chong’s portrait of Kim Phuc-who eventually defected to Canada and is now a UNESCO spokesperson-is a rare look at the Vietnam War from the Vietnamese point-of-view and one of the only books to describe everyday life in the wake of this war and to probe its lingering effects on all its participants. 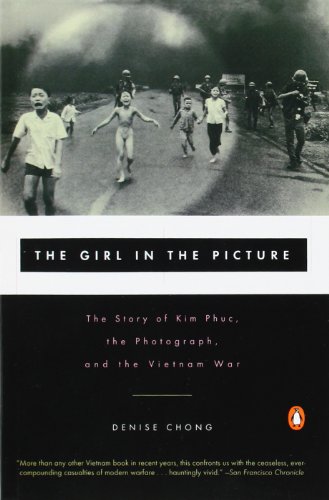 You're viewing: The Girl in the Picture
Buy from Amazon