Dorris Lessing’s classic series of autobiographical novels is the fictional counterpart to Under My Skin. In these five novels, first published in the 1950’s and 60s, Doris Lessing transformed her fascinating life into fiction, creating her most complex and compelling character, Martha Quest.

The Four-Gated City published in 1969, is the fifth and concluding novel, in British Nobel Prize-winning author Doris Lessing’s five-volume, semi-autobiographical series The Children of Violence, which she began, in 1952, with Martha Quest. The series Children of Violence follows the life of protagonist Martha Quest, from age fifteen in Southern Rhodesia, now Zimbabwe, through adolescence and a marriage shaped by the Second World War. In the The Four-Gated City Lessings moves the setting from Southern Rhodesia, southern Africa, to London, and this novel has a science fiction, dystopian ending, with Martha dying in 1997.

When published it created a stir with claims that it promoted communism. The Four-Gated City is one of Lessing’s most important works. Lessing had moved to London, from southern Africa, with her son Peter in 1949, after divorcing her second husband Gottfried Lessing.

Be the first to review “The Four-Gated City” Cancel reply 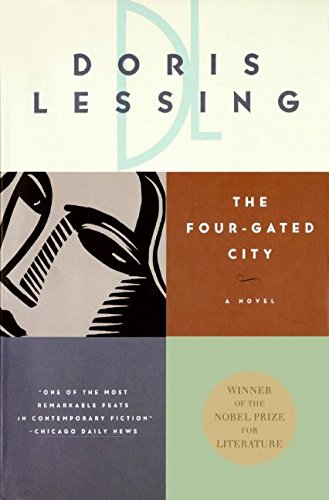 You're viewing: The Four-Gated City
Buy from Amazon