A classic of 20th-century fiction, The Berlin Stories inspired the Broadway musical and Oscar-winning film Cabaret. First published in the 1930s, The Berlin Stories contains two astonishing related novels, The Last of Mr. Norris and Goodbye to Berlin, which are recognized today as classics of modern fiction.

Isherwood magnificently captures 1931 Berlin: charming, with its avenues and cafes; marvelously grotesque, with its nightlife and dreamers; dangerous, with its vice and intrigue; powerful and seedy, with its mobs and millionaires. This is the period when Hitler was beginning his move to power.

The Berlin Stories is inhabited by a wealth of characters: the unforgettable Sally Bowles, whose misadventures in the demimonde were popularized on the American stage and screen by Julie Harris in I Am A Camera and Liza Minnelli in Cabaret; Mr. Norris, the improbable old debauchee mysteriously caught between the Nazis and the Communists; and the distinguished and doomed Jewish family, the Landauers.

Be the first to review “The Berlin Stories” Cancel reply 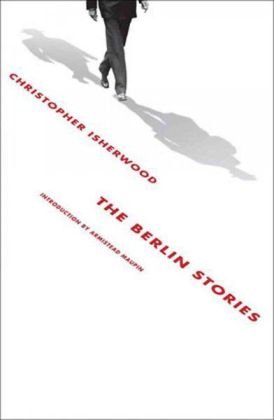 You're viewing: The Berlin Stories
Buy from Amazon