‘I saw him take a different shape before my eyes. His loose draperies fell about him…and there issued out of them a monstrous creature of the beetle tribe…’

From out of the dark and mystic Egypt come The Beetle, a creature of horror, ‘born of neither God nor man’, which can change its form at will. It is bent on revenge for a crime committed against the devotees of an ancient religion. At large in London, it pursues its victims without mercy and no one, it seems, is safe from its gruesome clutches.

Richard Marsh’s weird, compelling and highly original novel, which once outsold Dracula, is both a horror masterpiece and a fin de siecle melodrama embracing the fears and concerns of late Victorian society. Long out of print, The Beetle is now available in this Wordsworth edition, ready to chill you to the marrow and give you nightmares.

Be the first to review “The Beetle” Cancel reply 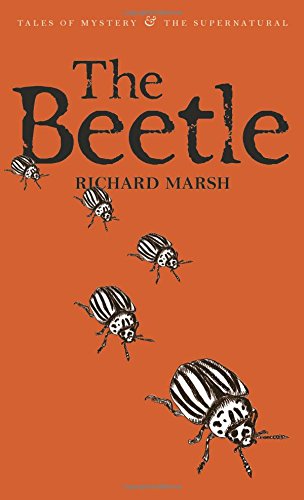 You're viewing: The Beetle
Buy from Amazon