From Robert Hughes, one of the greatest art and cultural critics of our time, comes a sprawling, comprehensive, and deeply personal history of Rome-as a city, as an empire, and as an origin of Western art and civilization.

Starting on a personal note, Hughes takes us to the Rome he first encountered as a hungry twenty-one-year-old fresh from Australia in 1959. From there, he goes back more than two thousand years to the city’s foundation, one mired in mythologies and superstitions that would inform Rome’s development for centuries. He explores in rich detail the formation of empire, the rise of early Christianity, the Crusades, the Renaissance, and takes us up to the present, through the rise and fall of Mussolini’s fascism. Equal parts idolizing, blasphemous, outraged, and awestruck, Rome is a portrait of the Eternal City as only Robert Hughes could paint it.

Be the first to review “Rome: A Cultural, Visual, and Personal History” Cancel reply 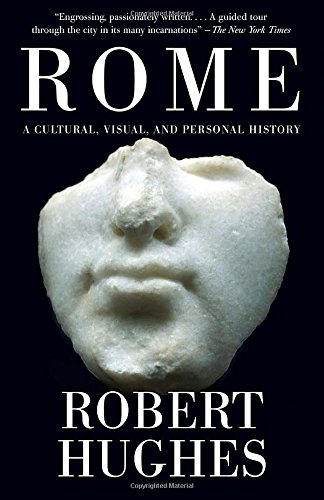 You're viewing: Rome: A Cultural, Visual, and Personal History
Buy from Amazon