Prague Pictures: Portraits of a City

Prague is the magic capital of Europe. Since the days of Emperor Rudolf II, “devotee of the stars and cultivator of the spagyric art”, who in the late 1500s summoned alchemists and magicians from all over the world to his castle on Hrad?any hill, it has been a place of mystery and intrigue. Wars, revolutions, floods, the imposition of Soviet communism, and even the depredations of the tourist boom after the Velvet Revolution of 1989 could not destroy the unique atmosphere of this beautiful, proud, and melancholy city on the Vltava.

John Banville traces Prague’s often tragic history and portrays the people who made it: the emperors and princes, geniuses and charlatans, heroes and scoundrels. He also paints a portrait of the Prague of today, reveling in its newfound freedoms, eager to join the European Community and at the same time suspicious of what many Praguers see as yet another totalitarian takeover. He writes of his first visit to the city, in the depths of the Cold War, and of subsequent trips there, of the people he met, the friends he made, the places he came to know.

“When he was younger, Banville notes, he believed that really to get under the skin of a city one had to fall in love there. Prague, promiscuous and secretive, appears to have offered him another possibility. To understand a little more of himself, he first had to fall in love with a city.” The Guardian

Be the first to review “Prague Pictures: Portraits of a City” Cancel reply 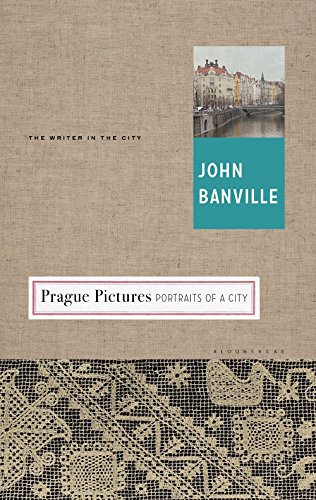 You're viewing: Prague Pictures: Portraits of a City
Buy from Amazon