Patrick Leigh Fermor’s enviably colorful life took off when in 1934, at the age of eighteen, he decided to walk across Europe. In just over a year he had trekked through nine countries and taught himself three languages, and his enthusiasm and curiosity for every kind of experience made him equally happy in caves or country houses, among shepherds or countesses.

At the outbreak of war he left his lover, Princess Balasha Cantacuzene, in Romania and returned to England to enlist. Commissioned into the Intelligence Corps, he became one of the handful of Allied officers supporting the Cretan resistance to the German occupation. In 1944 he commanded the Anglo-Cretan team that abducted General Heinrich Kreipe and spirited him away to Egypt.

A journey to the Caribbean, stays in monasteries, and explorations all over Greece provided the subjects for his first books. It was not until he and his wife had moved to southern Greece that he returned to his earliest walk. In these books, which took many years to write, he created a vision of a prewar Europe, which in its beauty and abundance has never been equaled.

Artemis Cooper has drawn on years of interviews and conversations with Leigh Fermor and his closest friends, and has had complete access to his archive. Her beautifully crafted biography portrays a man of extraordinary gifts-no one wore their learning so playfully nor inspired such passionate friendship.

“Surprise is the keynote of the best travel writing. The travel writer should be knowledgeable but not an expert, open in mind and body to the unforeseen twists of serendipity. But what we most require from travel writing… is that elusive quality Nick Carraway defined as ‘romantic readiness.’ Few 20th- century figures combined these traits in a more appealing package than the English writer Patrick Leigh Fermor … Now Artemis Cooper has written an affectionately intimate, informative and forgiving biography…” The New York Times

Be the first to review “Patrick Leigh Fermor: An Adventure” Cancel reply 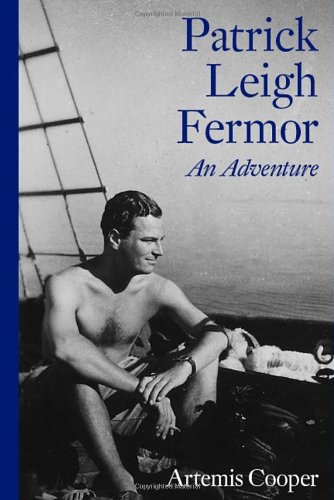 You're viewing: Patrick Leigh Fermor: An Adventure
Buy from Amazon