In this fiendishly imaginative book (which may or may not be fiction), Philip Roth meets a man who may or may not be Philip Roth. Because someone with that name has been touring Israel, promoting a bizarre reverse exodus of the Jews. Roth is intent on stopping him, even if that means impersonating his own impersonator.

With excruciating suspense, unfettered philosophical speculation, and a cast of characters that includes Israeli intelligence agents, Palestinian exiles, an accused war criminal, and an enticing charter member of an organization called Anti-Semites Anonymous, Operation Shylock barrels across the frontier between fact and fiction, seriousness and high comedy, history and nightmare.

Be the first to review “Operation Shylock : A Confession” Cancel reply 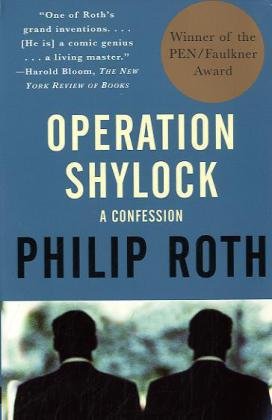 You're viewing: Operation Shylock : A Confession
Buy from Amazon