On the Road: The Original Scroll

Inspired by Jack Kerouac’s adventures with Neal Cassady, On the Road tells the story of two friends whose cross-country road trips are a quest for meaning and true experience. Written with a mixture of sad-eyed naivete and wild ambition and imbued with Kerouac’s love of America, his compassion for humanity, and his sense of language as jazz, On the Road is the quintessential American vision of freedom and hope, a book that changed American literature and changed anyone who has ever picked it up.

“An authentic work of art . . . the most beautifully executed, the clearest and the most important utterance yet made by the generation Kerouac himself named years ago as ‘beat,’ and whose principal avatar he is.” The New York Times

Be the first to review “On the Road: The Original Scroll” Cancel reply 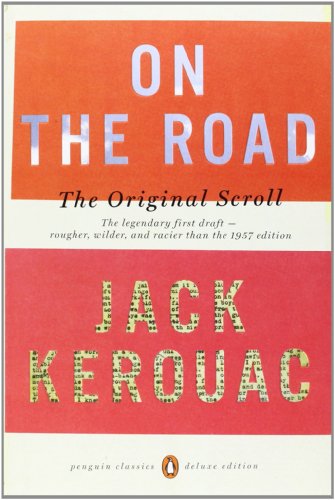 You're viewing: On the Road: The Original Scroll
Buy from Amazon