“Necessary Errors is a very good novel, an enviably good one, and to read it is to relive all the anxieties and illusions and grand projects of one’s own youth.” James Wood, The New Yorker

It’s October 1990. Jacob Putnam is young and full of ideas. He’s arrived a year too late to witness Czechoslovakia’s revolution, but he still hopes to find its spirit, somehow. He discovers a country at a crossroads between communism and capitalism, and a picturesque city overflowing with a vibrant, searching sense of possibility. As the men and women Jacob meets begin to fall in love with one another, no one turns out to be quite the same as the idea Jacob has of them-including Jacob himself.

Necessary Errors is the long-awaited first novel from literary critic and journalist Caleb Crain. Shimmering and expansive, Crain’s prose richly captures the turbulent feelings and discoveries of youth as it stretches toward adulthood-the chance encounters that grow into lasting, unforgettable experiences and the surprises of our first ventures into a foreign world-and the treasure of living in Prague during an era of historic change.

“Ferociously observed. . . . We’re not through with narratives about the Getting of Wisdom, Americans Abroad, Coming of Age, Gay Coming of Age, New Lost Generations. Among such works, a new narrative will be measured against Caleb Crain’s fine book, which will endure as a powerful entry in the great fictional exploration of the meanings of liberation.” The New York Review of Books

Be the first to review “Necessary Errors” Cancel reply 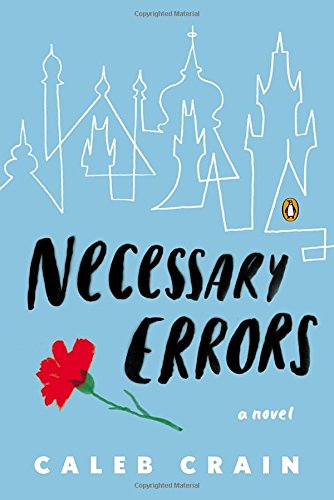