When Father Quixote, a local priest of the Spanish village of El Toboso who claims ancestry to Cervantes’ fictional Don Quixote, is elevated to the rank of monsignor through a clerical error, he sets out on a journey to Madrid to purchase purple socks appropriate to his new station.

Accompanying him on his mission is his best friend, Sancho, the Communist ex-mayor of the village who argues politics and religion with Quixote and rescues him from the various troubles his innocence lands him in along the way.

Published in 1932, Monsignor Quixote is Graham Greene’s last religious novel, a fond homage to Cervantes, and a sincere exploration into the meaning of faith in the modern world.

Be the first to review “Monsignor Quixote” Cancel reply 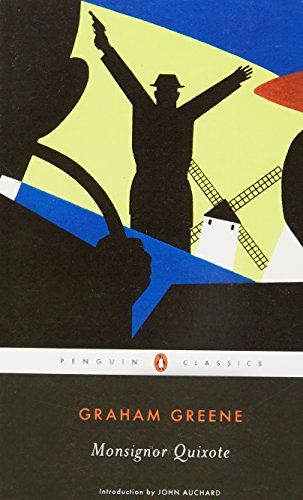