The first novel written by Booker finalist Tom McCarthy-acclaimed author of Remainder and C-Men in Space is set in a Central Europe rapidly fragmenting after the fall of communism. It follows an oddball cast-dissolute bohemians, political refugees, a football referee, a disorientated police agent, and a stranded astronaut-as they chase a stolen painting from Sofia to Prague and onward. Planting the themes that McCarthy’s later works develop, here McCarthy questions the meaning of all kinds of space-physical, political, emotional, and metaphysical-as reflected in the characters’ various disconnections. What emerges is a vision of humanity adrift in history, and a world in a state of disintegration.

“Sophisticated. . . . A rich, encyclopedic text whose knowledge isn’t confined to aesthetics. . . . An intellectually voracious cross section of a historical moment, and a thrilling indication of the vitality of the contemporary British novel.” The New York Times

Be the first to review “Men in Space” Cancel reply 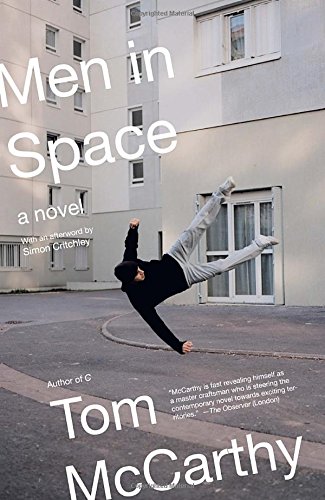 You're viewing: Men in Space
Buy from Amazon