Life with a Star

In Nazi-occupied Prague, ex-bank clerk Josef Roubick discovers that the prosaic world he has always inhabited is suddenly off-limits to him because he is a Jew. When he begins to observe his new, increasingly skewed, and macabre environment with resigned detachment, his life becomes centered on survival and on the surprisingly small things he clings to in order to persevere.

Weil based this novel on his experiences hiding from the Nazis in Czechoslovakia in order to avoid the concentration camps. In recommending the book to FSG for translation into English, Philip Roth wrote: “I think that the book is, without a doubt, one of the outstanding novels I’ve read about the fate of a Jew and the Jews under the Nazis. I don’t really know of one quite like it.”

Be the first to review “Life with a Star” Cancel reply 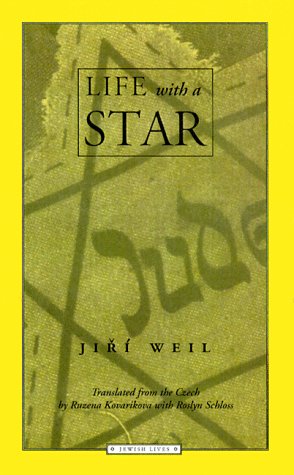 You're viewing: Life with a Star
Buy from Amazon