Spain, 1940: Lieutenant Carlos Tejada has been transferred to Salamanca, where he studied law before the Civil War. His new duties include monitoring parolees-former professors who were fired for protesting a Franco decree.

Elena Fernandez, having lost her job because of her political leanings, has returned home to Salamanca from Madrid, where she and Tejada were first romantically involved. Her father, one of the parolees, was a distinguished professor of Classics. He has just received a letter from a Jewish friend, Professor Joseph Meyer, begging for help to cross into Spain from France before he is forcibly repatriated to Germany.

Professor Fernandez cannot violate his parole by traveling to the border town of San Sebastian, so Elena goes in his stead. Tejada, tracing a missing parolee, also finds himself there, and their paths fatefully cross again.

Be the first to review “Law of Return” Cancel reply 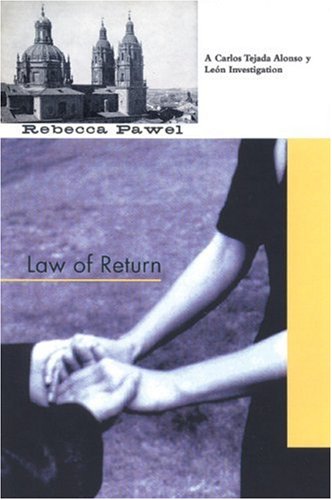 You're viewing: Law of Return
Buy from Amazon