International bestseller by one of Turkey’s most beloved authors.

As the daughter of one of Turkey’s last Ottoman pashas, Selva could win the heart of any man in Ankara. Yet the spirited young beauty only has eyes for Rafael Alfandari, the handsome Jewish son of an esteemed court physician. In defiance of their families, they marry, fleeing to Paris to build a new life.

But when the Nazis invade France, the exiled lovers will learn that nothing-not war, not politics, not even religion-can break the bonds of family. For after they learn that Selva is but one of their fellow citizens trapped in France, a handful of brave Turkish diplomats hatch a plan to spirit the Alfandaris and hundreds of innocents, many of whom are Jewish, to safety. Together, they must traverse a war-torn continent, crossing enemy lines and risking everything in a desperate bid for freedom. From Ankara to Paris, Cairo, and Berlin, Last Train to Istanbul is an uplifting tale of love and adventure from Turkey’s beloved bestselling novelist Ay?e Kulin.

Be the first to review “Last Train to Istanbul” Cancel reply 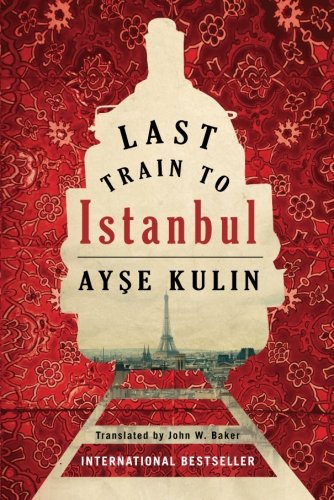 You're viewing: Last Train to Istanbul
Buy from Amazon