Innocence (or, Murder on Steep Street)

Kovaly’s characters, intricately described, move through the tightly woven, suspenseful plot set during the Communist reign of Prague, Czechoslovakia, in the 1940’s and 1950’s, a time when trust in friendship could leave one in peril.

Using theatre as a backdrop, the author presents a story of human character depicting finely tuned dimensional figures that represent authority or laymen or the powerful, or the powerless. The multilayered novel centers on the investigation of a murder that symbolizes the brutality of the communist regime.

Kovaly based “Innocence,” on her own life experiences. Although the novel reads swiftly, the plot details, at times, become murky.
Kovaly’s writing style extends a strong resemblance to that of Raymond Chandler, her proclaimed, favorite author.

1 review for Innocence (or, Murder on Steep Street) 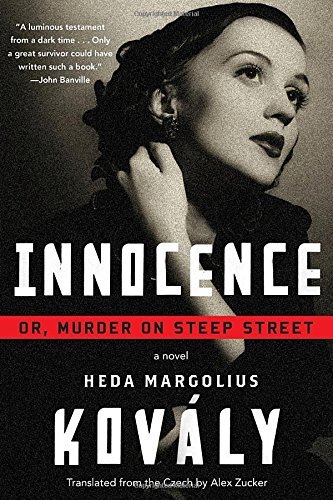 You're viewing: Innocence (or, Murder on Steep Street)
Rated 4.00 out of 5
Buy from Amazon