International bestseller Samuel Bjork makes his US debut, a chilling and fast-paced thriller in which two detectives must hunt down a vengeful killer–and uncover the secret that ties each of them to the crime

A six-year-old girl is found in the countryside, hanging lifeless from a tree and dressed in strange doll’s clothes. Around her neck is a sign that says “I’m traveling alone.”

A special homicide unit re-opens with veteran police investigator Holger Munch at the helm. Holger’s first step is to persuade the brilliant but haunted investigator Mia Kruger, who has been living on an isolated island, overcome by memories of her past. When Mia views a photograph of the crime scene and spots the number “1” carved into the dead girl’s fingernail, she knows this is only the beginning. Could this killer have something to do with a missing child, abducted six years ago and never found, or with the reclusive religious community hidden in the nearby woods?

Mia returns to duty to track down a revenge-driven and ruthlessly intelligent killer. But when Munch’s own six-year-old granddaughter goes missing, Mia realizes that the killer’s sinister game is personal, and I’m Traveling Alone races to an explosive–and shocking–conclusion.

From the Trade Paperback edition. 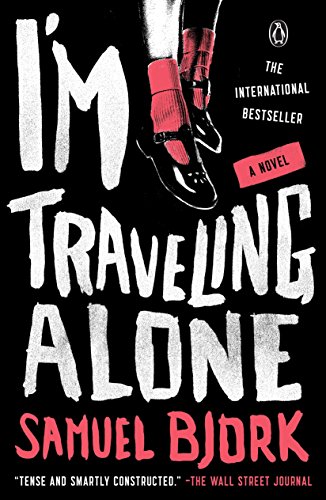 You're viewing: I’m Traveling Alone: A Novel
Rated 4.3 out of 5
Buy from Amazon