HHhH: “Himmlers Hirn heisst Heydrich,” or “Himmler’s brain is called Heydrich.” The most lethal man in Hitler’s cabinet, Reinhard Heydrich seemed indestructible-until two exiled operatives, a Slovak and a Czech, killed him and changed the course of history.

In Laurent Binet’s mesmerizing debut, we follow Jozef Gabc?k and Jan Kubi? from their dramatic escape from Nazi-occupied Czechoslovakia to their fatal attack on Heydrich and their own brutal deaths in the basement of a Prague church. A seamless blend of memory, actuality, and Binet’s own remarkable imagination, HHhH is at once thrilling and intellectually engrossing-a fast-paced novel of the Second World War that is also a profound meditation on the debt we owe to history.

Be the first to review “HHhH” Cancel reply 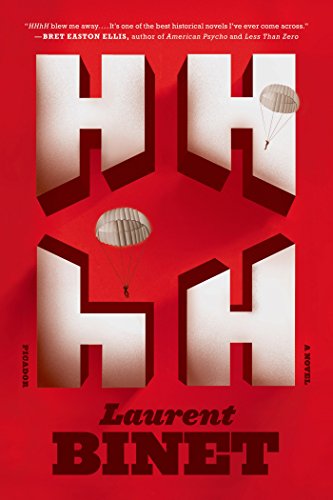 You're viewing: HHhH
Buy from Amazon