In the tradition of Michael Cunningham’s The Hours, a beautiful novel destined to become a classic
Reeling from the recent death of his invalid mother, a worn, jaded professor comes to our nation’s capital to recuperate from his loss. What he finds there — in his repressed, lonely landlord, in the city’s mood and architecture, and in the letters and journals of Mary Todd Lincoln — shows him new, poignant truths about America, yearning, loneliness, and mourning itself.

Since Andrew Holleran first burst onto the scene with 1978’s groundbreaking Dancer from the Dance, which has been continuously in print, he has been dazzling readers and critics with his haunting, brilliant prose. The Publishing Triangle ranks Dancer from the Dance at #15 on its list of the 100 best lesbian and gay novels ever, along with titles by Marcel Proust and Virginia Woolf.

A new Andrew Holleran book is a major literary event; with Grief, Holleran is poised to reach a wider audience than ever before.

Be the first to review “Grief” Cancel reply 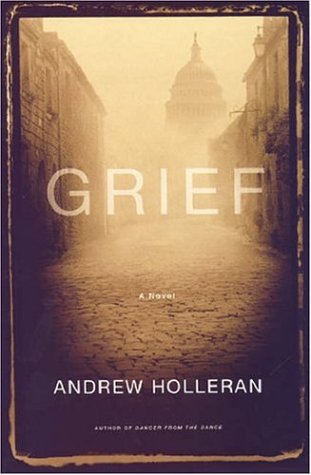 You're viewing: Grief
Buy from Amazon