A thrilling story of seduction, betrayal, and loss, Freud s Mistress will titillate fans of Memoirs of a Geisha and The Other Boleyn Girl. Booklist

In fin-de-siecle Vienna, it was not easy for a woman to find fulfillment both intellectually and sexually. But many believe that Minna Bernays was able to find both with one man her brother-in-law, Sigmund Freud.

At once a portrait of two sisters the rebellious, independent Minna and her inhibited sister, Martha and of the compelling and controversial doctor who would be revered as one of the twentieth century s greatest thinkers, Freud s Mistress is a novel rich with passion and historical detail and a portrait of forbidden desire with a thought-provoking central question: How far are you willing to go to be happy?

“Absorbing and provocative . . . A great read . . . I’ve been recommending it to friends.” Erica Jong

Be the first to review “Freud’s Mistress” Cancel reply 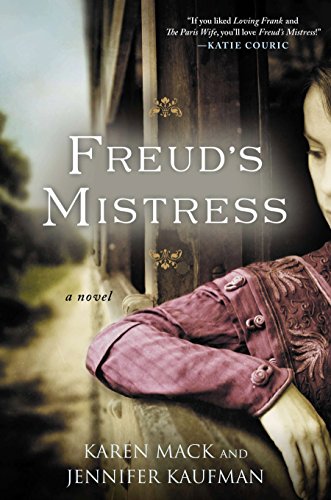