Based on a true story, this never-before-translated masterpiece was overlooked for years after its author-a bestselling writer before World War II who found himself in a Nazi insane asylum at war’s end-died just before it was published.

In a richly detailed portrait of life in Berlin under the Nazis, it tells the sweeping saga of one working-class couple who decides to take a stand when their only son is killed at the front. With nothing but their grief and each other against the awesome power of the Third Reich, Otto and Anna Quangel launch a simple, clandestine resistance campaign that soon has an enraged Gestapo on their trail, and a world of terrified neighbors and cynical snitches ready to turn them in.

In the end, Every Man Dies Alone is more than an edge-of-your-seat thriller, more than a moving romance, even more than literature of the highest order-it’s a deeply stirring story of two people standing up for what’s right, and for each other.

This edition includes an afterword detailing the gripping history of the book and its author, including excerpts from the Gestapo file on the real-life couple that inspired it.

Be the first to review “Every Man Dies Alone” Cancel reply 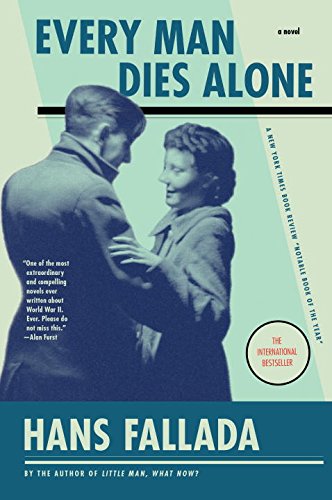 You're viewing: Every Man Dies Alone
Buy from Amazon