John Ross has been living in the old colonial quarter of Mexico City for the last three decades, a rebel journalist covering Mexico and the region from the bottom up. He is filled with a gnawing sense that his beloved Mexico City’s days as the most gargantuan, chaotic, crime-ridden, toxically contaminated urban stain in the western world are doomed, and the monster he has grown to know and love through a quarter century of reporting on its foibles and tragedies and blight will be globalized into one more McCity.

El Monstruo is a defense of place and the history of that place. No one has told the gritty, vibrant histories of this city of 23 million faceless souls from the ground up, listened to the stories of those who have not been crushed, deconstructed the Monstruo’s very monstrousness, and lived to tell its secrets. In El Monstruo, Ross now does.

Be the first to review “El Monstruo: Dread and Redemption in Mexico City” Cancel reply 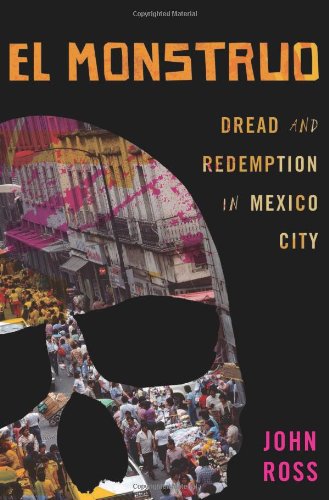 You're viewing: El Monstruo: Dread and Redemption in Mexico City
Buy from Amazon