January 1942. Rommel’s seemingly invincible Afrika Korps is at the gates of Egypt – perhaps soon to threaten Cairo itself.

Rommel has a spy in the city – a source so well-informed that the German commander knows in advance every movement of the allied forces.

Amongst the teeming streets and bazaars, the British, led by Major Albert Cutler, must find him. But Cairo is a city of fool’s gold, where nothing and nobody, not even Cutler, can be taken at face value?

This new reissue includes a foreword from the cover designer, Oscar-winning filmmaker Arnold Schwartzman, and a brand new introduction by Len Deighton, which offers a fascinating insight into the writing of the story.

“The hallmarks of a Deighton novel are an intricate plot, an easy grasp of detail and a total mastery of storytelling technique.” Sunday Times

Be the first to review “City of Gold” Cancel reply 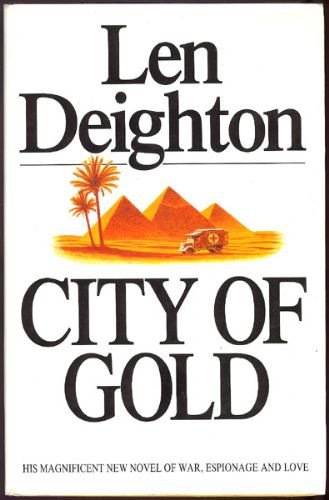 You're viewing: City of Gold
Buy from Amazon