Internationally literary phenomenon, multiple award-winner, and massive bestseller with over 500,000 copies in print in France and rights sold in 20 countries, Charlotte tells the story of artist Charlotte Salomon-born in pre-World War II Berlin to a Jewish family traumatized by suicide.

Obsessed with art, and with living, Charlotte attended school in Germany until it was too dangerous to remain, fled to France, and was interned in a bleak work camp from which she narrowly escaped. Newly free, she spent two years in almost total solitude, creating a series of autobiographical art-images, words, even musical scores-that together tell her life story. A pregnant Charlotte was killed in Auschwitz at the age of 26, but not before she entrusted her life’s work to a friend, who kept it safe until peacetime. The result, an extraordinary novel avant la lettre, was eventually published as Life? or Theatre? (and now reissued by Overlook), a unique, relentlessly complete artistic expression.

In Charlotte, David Foenkinos-with passion, life, humor, and intelligent observation-has written his own utterly original tribute to Charlotte Salomon’s tragic life and transcendent art. His gorgeous, haunting, and ultimately redemptive novel is the result of a long-cherished desire to honor this young artist. Infused with the emotion of a writer who connects deeply with his subject, and masterfully and sensitively translated by Sam Taylor, Charlotte is a triumph of creative expression, a monument to genius stilled too soon, and an ode to the will to survive.

“Astounding . . . Foenkinos makes us a part of this hopefully growing community: that of the admirers of a young artist named Charlotte Salomon, assassinated when she was 26 years old.” L’Express

Be the first to review “Charlotte” Cancel reply 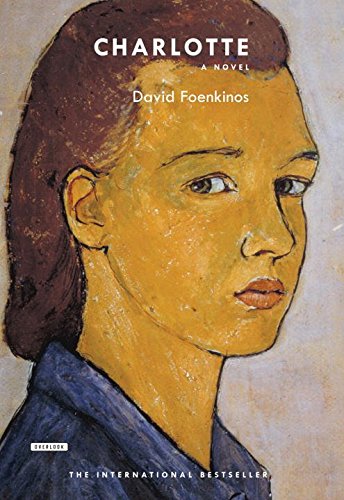 You're viewing: Charlotte
Buy from Amazon