Catalonia, located in Spain’s far north-east corner and centred around the port of Barcelona, has its own cuisine and culture which has spread to encompass Valencia, the Balearic Islands (Majorca, Minorca and Ibiza), Andorra, the ancient region of France formerly known as Roussilon, and a single city on the Italian island of Sardinia.

Colman Andrews explores this whole territory of Catalan cooking, from its French, Roman and Moorish roots to today’s modern interpretation. Along the way he creates a portrait of the food, wine, history and culture of the region. 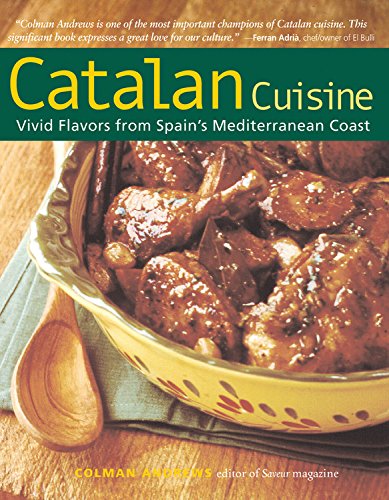