From the Demon Cat that stalks the Washington crypt to the restless spirit of John Quincy Adams in Statuary Hall, it is no wonder that in 1898 the Philadelphia Press declared the Capitol to be the most thoroughly haunted building in the world. Yet there are as many ghosts in the neighborhood as there are beneath the dome.

Local writer and guide Tim Krepp intrepidly takes on the best-known haunted tales while also exploring the lesser-known specters. From the weeping lady of The Maples to Commodore Tingey, who still stands watch in the Navy Yard, to the dozens of famous ghosts hosted by Congressional Cemetery, many former residents seem bound to their old home. Join Krepp as he explores the most historic and hair-raising haunts of the Hill. 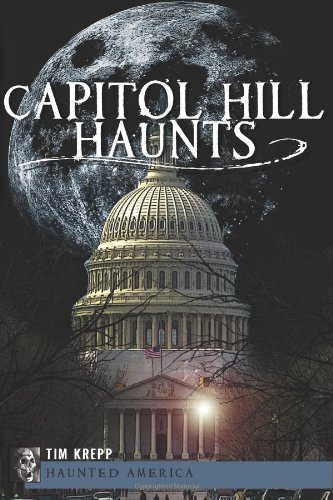