This tenth anniversary edition of W. G. Sebald’s celebrated masterpiece includes a new Introduction by acclaimed critic James Wood. Austerlitz is the story of a man’s search for the answer to his life’s central riddle. A small child when he comes to England on a Kindertransport in the summer of 1939, Jacques Austerlitz is told nothing of his real family by the Welsh Methodist minister and his wife who raise him.

When he is a much older man, fleeting memories return to him, and obeying an instinct he only dimly understands, Austerlitz follows their trail back to the world he left behind a half century before. There, faced with the void at the heart of twentieth-century Europe, he struggles to rescue his heritage from oblivion.

“Sebald stands with Primo Levi as the prime speaker of the Holocaust and, with him, the prime contradiction of Adorno’s dictum that after it, there can be no art.” The New York Times

Be the first to review “Austerlitz” Cancel reply 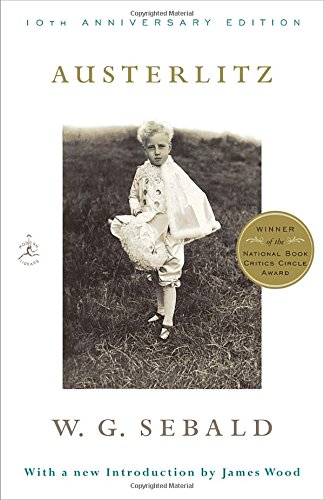 You're viewing: Austerlitz
Buy from Amazon