11 April 1982: a smell is coming down John Golding Road right alongside the boy-child, something attached to him, like a spirit but not quite. Ma Taffy is growing worried. She knows that something is going to happen. Something terrible is going to pour out into the world. But if she can hold it off for just a little bit longer, she will. So she asks a question that surprises herself even as she asks it, “Kaia, I ever tell you bout the flying preacherman?”

Set in the backlands of Jamaica, Augustown is a magical and haunting novel of one woman’s struggle to rise above the brutal vicissitudes of history, race, class, collective memory, violence, and myth.

“Miller’s writing has a cool immediacy [that] gives more than a nod to Garc?a M?rquez? A vivid modern fable, richly nuanced and empathetic.” The Guardian

“A deceptive spellbinder, a metafiction so disguised as old-time storytelling that you can almost hear the crackle of home fires as it starts. But then it gets you with twists and turns, it seduces and shocks you even as it wrestles with the very nature of storytelling itself. It’s the story of women haunted by women, and of the dangers of both keeping secrets and saying too much.” Marlon James (author of Man Booker Prize-winning A Brief History of Seven Killings)

Be the first to review “Augustown” Cancel reply 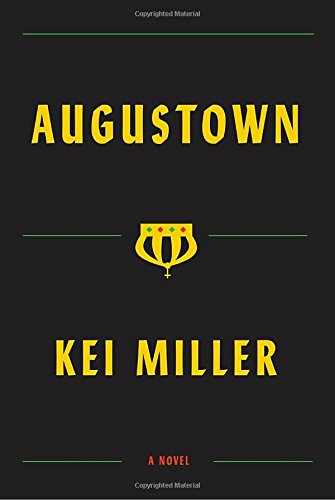 You're viewing: Augustown
Buy from Amazon