Ancient Rome: The Rise and Fall of An Empire

Ancient Rome is the story of the greatest empire the world has ever known. Focusing on six turning points in Roman history, Simon Baker’s absorbing narrative charts the rise and fall of a political machine unmatched in its brutality, genius, and lust for power.

From the conquest of the Mediterranean in the 3rd century BC to the destruction of the empire at the hands of barbarian invaders 700 years later, we discover the pivotal episodes in Roman history. At the heart of this account are some of the most powerful rulers in history-men like Julius Caesar, Augustus, Nero, and Constantine.

Putting flesh on the bones of these legendary figures, Baker looks beyond the dusty caricatures to explore their real motivations, ambitions, intrigues, and rivalries. The superb narrative, full of energy and imagination, is a brilliant distillation of the latest scholarship and a wonderfully evocative account of ancient Rome.

Be the first to review “Ancient Rome: The Rise and Fall of An Empire” Cancel reply 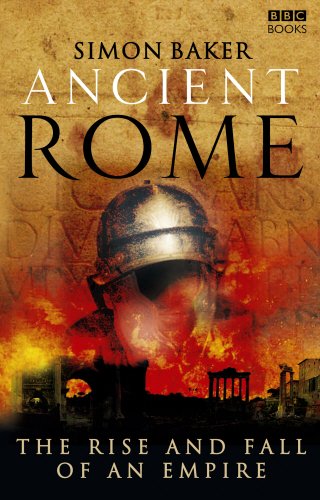 You're viewing: Ancient Rome: The Rise and Fall of An Empire
Buy from Amazon