A Time of Gifts

On Foot to Constantinople: From the Hook of Holland to the Middle Danube

At the age of eighteen, Patrick Leigh Fermor set off from the heart of London on an epic journey-to walk to Constantinople. A Time of Gifts is the rich account of his adventures as far as Hungary, after which Between the Woods and the Water continues the story to the Iron Gates that divide the Carpathian and Balkan mountains. Acclaimed for its sweep and intelligence, Leigh Fermor’s book explores a remarkable moment in time. Hitler has just come to power but war is still ahead, as he walks through a Europe soon to be forever changed-through the Lowlands to Mitteleuropa, to Teutonic and Slav heartlands, through the baroque remains of the Holy Roman Empire; up the Rhine, and down to the Danube.

At once a memoir of coming-of-age, an account of a journey, and a dazzling exposition of the English language, A Time of Gifts is also a portrait of a continent already showing ominous signs of the holocaust to come.

Be the first to review “A Time of Gifts” Cancel reply 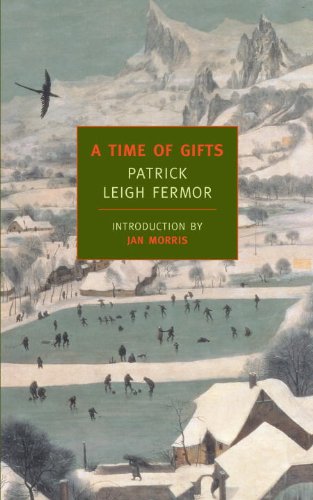 You're viewing: A Time of Gifts
Buy from Amazon