A Coffin for Dimitrios

The classic story of an ordinary man seemingly out of his depth, this is Ambler’s most widely acclaimed novel, “one of the masterpieces of the genre” The New York Times

A chance encounter with a Turkish colonel leads Charles Latimer, the author of a handful of successful mysteries, into a world of sinister political and criminal maneuvers. At first merely curious to reconstruct the career of the notorious Dimitrios, whose body has been identified in an Istanbul morgue, Latimer soon finds himself caught up in a shadowy web of assassination, espionage, drugs, and treachery that spans the Balkans.

Be the first to review “A Coffin for Dimitrios” Cancel reply 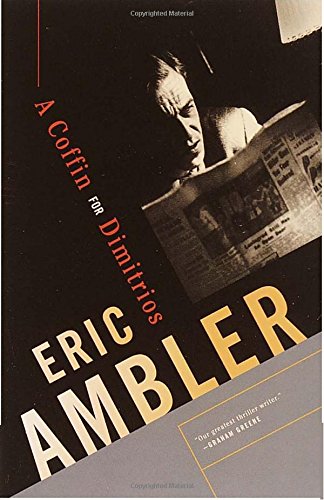 You're viewing: A Coffin for Dimitrios
Buy from Amazon