In this magisterial book, a monument of history and biography that was awarded the National Book Award and the Pulitzer Prize for nonfiction, renowned journalist Neil Sheehan tells the story of Lieutenant Colonel John Paul Vann-“the one irreplaceable American in Vietnam”-and of the tragedy that destroyed that country and the lives of so many Americans.

Outspoken and fearless, John Paul Vann arrived in Vietnam in 1962, full of confidence in America’s might and right to prevail. A Bright Shining Lie reveals the truth about the war in Vietnam as it unfolded before Vann’s eyes: the arrogance and professional corruption of the U.S. military system of the 1960s, the incompetence and venality of the South Vietnamese army, the nightmare of death and destruction that began with the arrival of the American forces. Witnessing the arrogance and self-deception firsthand, Vann put his life and career on the line in an attempt to convince his superiors that the war should be fought another way. But by the time he died in 1972, Vann had embraced the follies he once decried. He went to his grave believing that the war had been won.

A haunting and critically acclaimed masterpiece, A Bright Shining Lie is a timeless account of the American experience in Vietnam-a work that is epic in scope, piercing in detail, and told with the keen understanding of a journalist who was actually there. Neil Sheehan’ s classic serves as a stunning revelation for all who thought they understood the war.

Be the first to review “A Bright Shining Lie: John Paul Vann and America in Vietnam” Cancel reply 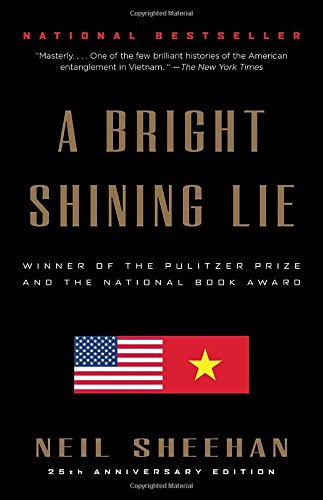 You're viewing: A Bright Shining Lie: John Paul Vann and America in Vietnam
Buy from Amazon